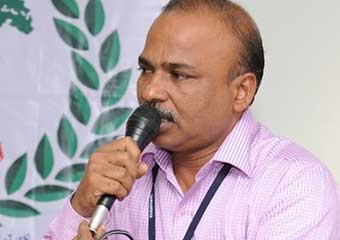 Without power in the “Local Governance”, many women are able to do many good works for community development for bringing changes in the lives of the most vulnerable communities. If they have local governance position, they can do a lot by exercising their powers effectively and efficiently and bring sizable changes among the most deprived intersectionality, ascertain the rights as women, children and the deprived communities. Hence IRCDS always encourages women’s participation in public life and enhance their power in “Local Governance” which is the power structure at the grass root level. They can address root causes of poverty, systems and structures perpetuating poverty and keep women and socially & economically most vulnerable families who are in the lowest social strata of the society”.

225 women from IRCDS promoted SHGs elected as Panchayat ward members, Panchayat Presidents and Union Counsellors. They are contributing well by utilising their leadership skills, qualities and decision making skills which have gained through Women SHG trainings. Women’s potentials and talents are recognised in the family and they are taking active part in the family and community level decision making processes. Thus, Women SHGs and its members are contributing “Change makers” in the rural communities.

NABFINS loan enabled rural women to sustain their interest in SHGs and replace the role of exploitative money lenders in the villages. Accessing financial support by women has made women to gain recognition in the family. Domestic violence against women reduced in the families and in the communities as well as women are playing pivotal role in the family development.