Up to today, IRCDS has organised more than 20,000 women and 2,500 persons with disabilities into self-help groups, it is covering an area of eleven blocks in two districts and has 42 staff members. How did it all come about?

IRCDS was founded by Mr. Titus in 1986. He was a young teacher when he visited one of his pupils in a village in Tiruvallur district. He saw the difficult living conditions in this rural area and wanted to bring change through education. Together with a friend, he founded the National English school where children of 5 villages came to study.

Shortly after they started the school,

they encountered challenges they had not anticipated: the families of the villages didn’t have enough money to pay for the fees or the transport facilities. IRCDS closed the school after four years in 1990 and shifted their focus. In cooperation with European and Indian funding partners, IRCDS implemented housing-, sanitation-, human rights- and community health projects in the 1990s.

A turning point for IRCDS was the Social Animators Training that was first organised in 1993. It consisted in a 20 days training in social work for village youths. They learned how to access Government welfare-schemes and how to address issues such as community infrastructure. By word of mouth, more and more youths from different villages signed up for the training.

Not only were there more active

social workers in the villages, the network of IRCDS also grew rapidly. Before the Social Animators Training, IRCDS was active in 9 villages. By 1994, the network had already grown to 26 villages and by 1997, IRCDS was working in 89 villages. From a small organisation with only two staff members, IRCDS had grown into an established rural development organisation in about 10 years.

In 1997, IRCDS was selected by the Government of Tamil Nadu to implement Mahalir Thittam, a women development programme, in four Blocks of Tiruvallur District. The idea of this programme was to empower women through the formation of self-help groups.

Through this programme, IRCDS got

At the beginning of the new millennium, IRCDS started a couple of new projects. The first line of new projects concerns child protection, the second debt-bondage in brick kilns and the third the empowerment of persons with disabilities.

With regard to the projects on child protection, the Family Counselling Centre was established with the support of Government of Tamil Nadu in 2000. It provides psychological support and legal guidance to affected persons. One year later, in 2001, the government children’s home was opened. Deserted and neglected children get food, accommodation, counselling in the home and are enrolled in schools.

Since 2012, IRCDS is also coordinating the activities of the District Child Welfare Committee and is managing the Reception Unit at District level for children who have been rescued from abuse or neglect.

Parallel to the developments of the projects regarding child protection, in 2001, IRCDS was chosen by the International Labour Organisation (ILO) to be one of the implementing partners for the project âPrevention and Elimination of Bonded Labour in South Asia in Tiruvallur District. Bonded labourers are working in brick kilns, rice mills and in agriculture in this area.

They are bound to their jobs through debts and have to work in very difficult conditions until their debts are paid off. Through self-help groups and common savings, and trough creating awareness on issues such as discrimination, the bonded labourers were strengthened and could be freed. IRCDS also worked with families that were at risk of getting into bondage. Multiple livelihood options were created so as to prevent debt-bondage.

Since IRCDS had experience in working with bonded labourers, the India Literacy Project (ILP) came forward to support an educational project for the children of bonded brick kiln labourers in 2012. 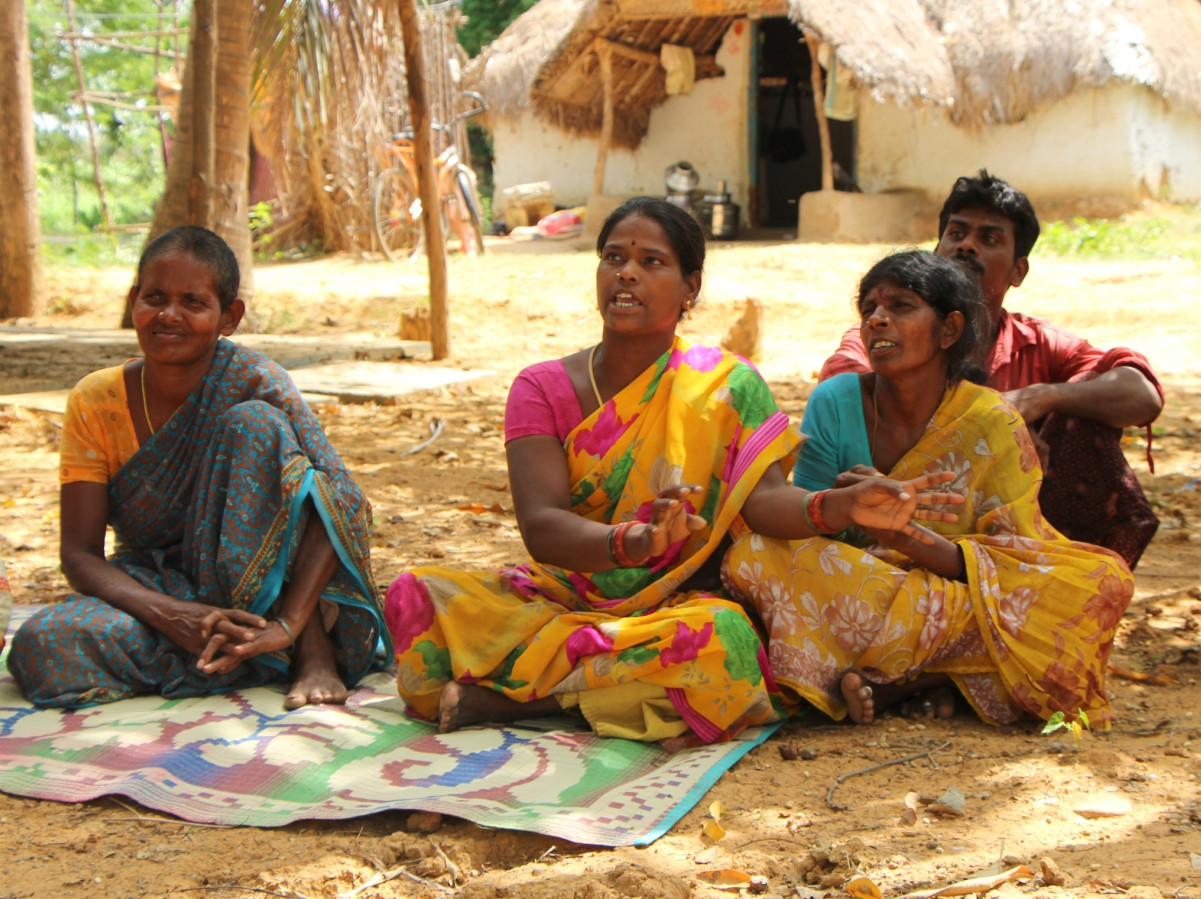 of Tiruvallur district and three blocks in Kancheepuram district. Many of the children were previously working as child-labourers and are now enrolled in schools. The programme also enables youths who dropped out of school early to continue their studies.

Simultaneously to the child protection and the brick kiln projects, IRCDS also got the opportunity to get involved in the empowerment of disabled persons. In 2002, with the support of Caritas India CBR forum, IRCDS helped forming self-help groups for 290 persons with disabilities in 34 villages. Through the groups, persons with disabilities were able to access government schemes and loans that allowed them to start their own business.

In 2005, Caritas Germany funded the 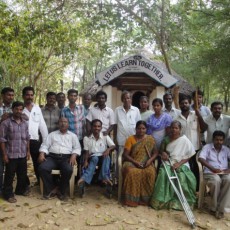 In between these three continuous lines of projects, IRCDS was also active in relief projects after the two natural disasters that affected Tamil Nadu after the millenium. In 2005, the Tusnami hit the costal areas and in 2015, a heavy monsoon caused devastating floods in the northern districts. IRCDS coordinated immediate relief operations after both disasters. Essentials such as food, blankets and clothes were distributed to the most affected families.

As becomes visible from these descriptions, IRCDS grew substantially from 2000 to today. Along with the projects, the infrastructure of the organisation changed. In 2005, the organisation moved into their own building with more office space. Also, so as to be able to reach the most remote villages, a jeep was bought in 2006.

Distribution of the best NGO award

The most recent developments are promising. In 2014, IRCDS became a business and development correspondent for the Government Banking Institution and can now more easily provide access to loans for self-help groups in four blocks of Tiruvallur district. Two German volunteers came for 11 months to support us in project planning and documentation for the first time in 2015. In the same year, we received funding from the German Consulate General in Chennai to renovate the courtyard of our office building and children’s home. And last, but not least, IRCDS was honoured for its great achievements with the Best NGO Award by Madras School of Social work in March of the same year. The award valued the fact that IRCDS has implemented interventions with different approaches and came up with workable, replicable and sustainable models for the empowerment marginalised women, persons with disabilities and children.