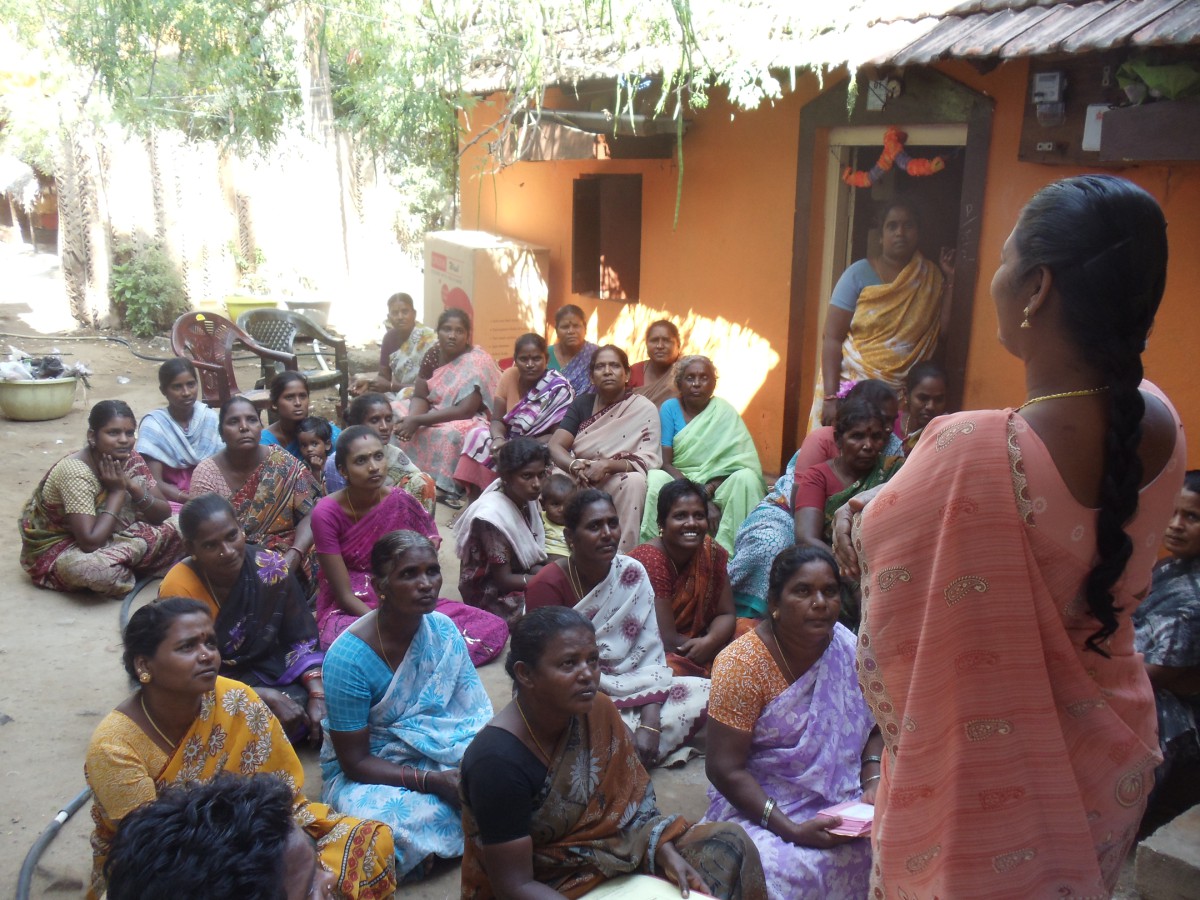 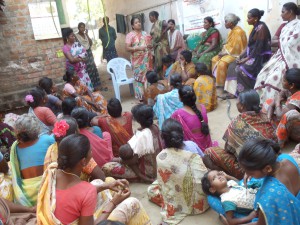 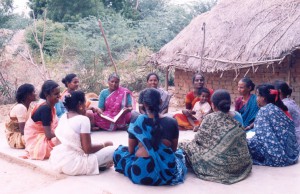 Women in the rural areas in Tiruvallur District often find themselves in very vulnerable positions. They depend on their husbands for all financial matters and do not have much weight in the decision making processes in their families and local communities. Our aim is to empower them in such a way that they can address all their life cycle needs themselves. Life cycle needs concern all aspects relating to food, health, education and social ceremonies. The means through which we achieve this goal is the organisation of women in self-help groups.

In the self-help groups, the women discuss their challenges and come up with possible solutions. They gain confidence in expressing their needs and start taking part in their familyâ€™s decision making process as well as in local policy making. Next to this social and political aspect, the women in the self-help groups save money together which makes it possible for them to receive micro-credits from the Government bank NABFINS. Through this process, they are freed from the clutches of exploitative money lenders and can start small business to generate their own income. To support the women, we offer trainings on various topics such as leadership skills, group management, financial management and government entitlements schemes.

As per March 2015, we have organised 22,485 women into 1,435 self-help groups. The village level groups have been federated to 92 Panchayat Level Federations (PLFs) whose leaders act as community volunteers.

Business and Development Correspondent of NABFINS 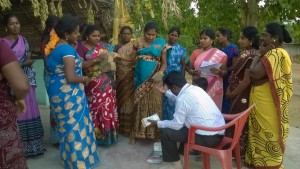 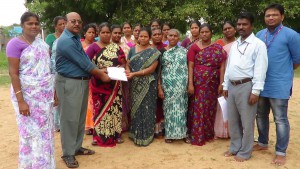 Since June 2014, we are an official Business and Development Correspondent of NABFINS, a Subsidiary of National Bank for Agriculture and Rural Development, Govt. of India. This means that we can facilitate the process of availing loans with very low interest rates to the women of the self-help groups. Thus, we have the possibility to offer a sustainable alternative to money lenders who offer loans at high interest rates in our project area. With the loans received by NABFINS, women can repay their debts of previous loans, start new income activities, expand the present livelihood activities and meet the expenses for the education of their children.

Two problems have been observed in previous repayment mechanisms. First, women had to spare time to go to banks which often meant that they lost the wage of one working day. Second, non-repayment of loans did not have any consequences for the women. Therefore, IRCDS is assisting NABFINS in the repayment process by collecting the money directly in the villages. A very strict monitoring system is also in place. Thus, women do not have to compromise on their wages anymore and are aware of the fact that they will not avail any further loans in case of non-repayment. This has proven to be a great success! 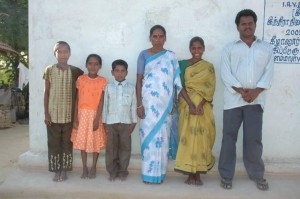 Alcoholism, suspicions about illicit affairs and child marriage are the main reasons for domestic violence in our area of intervention. In order to ease family conflicts, IRCDS established the Family Counselling Centre in partnership with the Tamil Nadu Social Welfare Board in the year 2000.
The Family Councelling Centre offers psychological help and legal assistance for members of broken families. The centre does not only focus on councelling and mediation sessions with family members, it also cooperates very closely with local authorities such as Women Police Stations, the District Administration and the District Social Welfare Office. Thanks to this cooperation, conflicts are often settled before long legal battles can be started. Free legal advice is also offered to women at the Family Councelling Centre.
In 2014, 244 cases were recorded and the mediation efforts together with personal counselling were offered to settle the disputes.